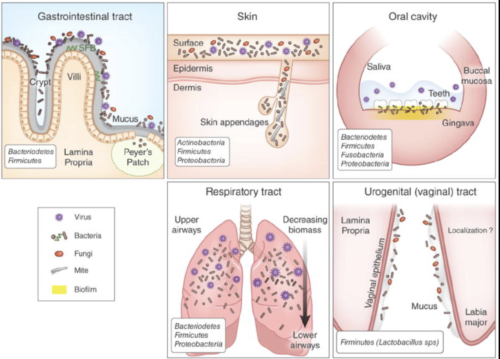 Compartmentalized and Systemic Control of Tissue Immunity by Commensals

The body is composed of various tissue microenvironments with finely tuned local immunosurveillance systems, many of which are in close apposition with distinct commensal niches. Mammals have formed an evolutionary partnership with the microbiota that is critical for metabolism, tissue development and host defense. Despite our growing understanding of the impact of this host-microbe alliance on immunity in the gastrointestinal tract, the extent to which individual microenvironments are controlled by resident microbiota remains unclear. In this Perspective, we discuss how resident commensals outside the gastrointestinal tract can control unique physiological niches and the potential implications of the dialog between these commensals and the host for the establishment of immune homeostasis, protective responses and tissue pathology.